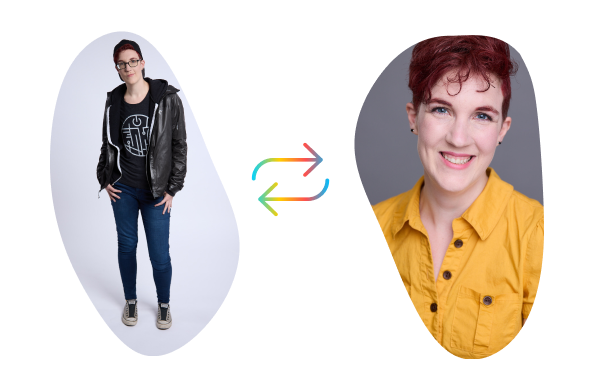 An avid gamer and tech wizard with a gender- and vocally-fluid voice range reflecting the LGBTQ+ spectrum.

What does identifying as non-binary mean to me?

I don’t identify with gender stereotypes and what’s been pressed upon me by society. I’ve never really associated with hyper-feminine or hyper-masculine things. I think of gender as a spectrum that I move around fluidly.

Want to learn more? Great, but regular bios can be so boring. Instead, I’d like to share how I became the voice actor and human I am today!

Katherine has attended classes and weekend workshops at Voicetrax in San Francisco since September 2016. She actively enrolls in classes to further her career with some of the best voice acting coaches on the west coast.

Katherine is one half of the “V123 Pros”, a duo that helps other voice talent be sucessful on the online casting site Voice123. She teaches and speaks at conferences regularly along with an online training course at V123Pros.com.

Since 2016 Katherine has maintained an Etsy store with sewing projects, etched glassware, 3D printed projects, and merch for her ToleTales brand. With other 300 sales and a consistant 5 star rating she loves to make custom gifts for people as a hobby.

Starting in 2019 Katherine has streamed on Twitch under the username ToleTales (toletales.com) multiple days a week. The stream contains voice acted playthroughs of games that don’t already contain voiced characters to help her practice cold reading and character improv. 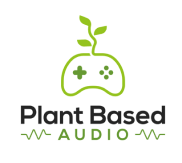 Katherine is the voice actor and dialogue editor at Plant Based Audio, a full service video game audio collective. Comprised of a network of Seattle-based game audio freelancers, Plant Based Audio is a flexible and scalable external development partner for your next game.